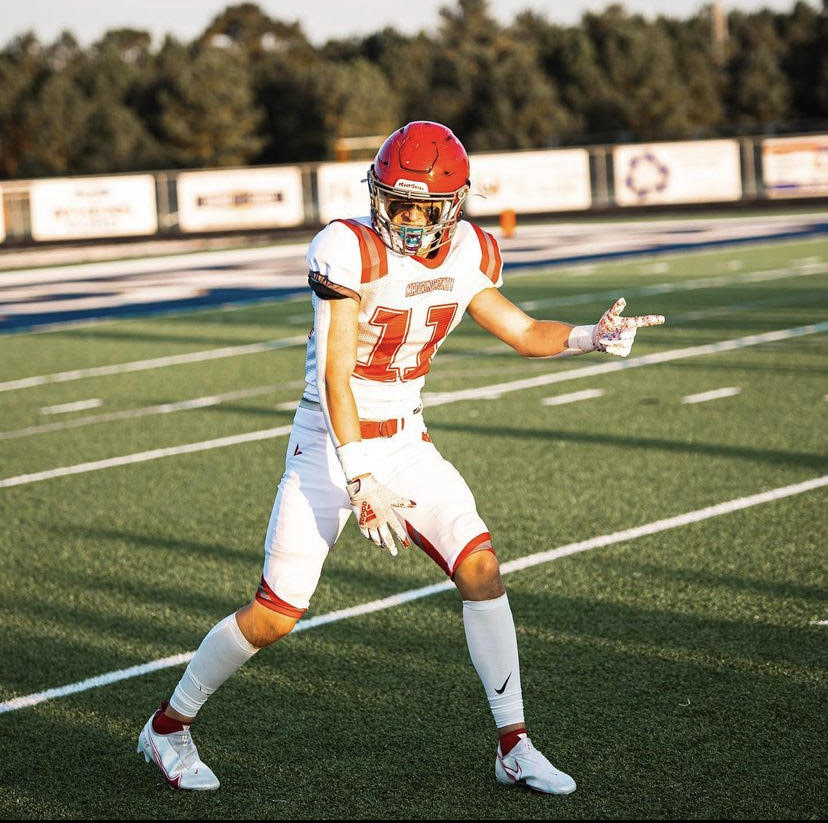 “Touchdown!” When you hear that, you know Vick is running the ball. Today we are spotlighting a well-known Wide Receiver and Strong Safety player, Victor Hajdu. He is a 6’4″ senior who looks forward to leaving his mark here at Madison County High School. Vick has been playing football since he was 6-years-old. One of his main inspirations as a child was his older brother. This led Vick to want to get out on the field. While Hajdu adores football, he also takes pride in making those around him smile. Even if you have never had a class with Vick, you are going to see him popping up in some of his favorite classes.

While most people know of him, not many know Vick. So to get a closer glance at one of the best players, I was pleased to interview Vick. We all have goals in life whether they amount to anything or not. However, Vick’s goals for this year definitely will. Three goals [Vick] wants to achieve this year are winning a playoff game, making first-team all-region, and picking up a college football scholarship offer. But goals do not precisely tell someone’s story, so we had to ask more detailed questions. One is the most life-changing advice he has ever received from a coach, someone who has led him to do better and be better than he was seconds ago. Vick states “the best advice [he] gained from [his] coaches is to simply just keep grinding; it isn’t going to all come in one day so [he has] to stay the course and put [his] head down and work.”

I think it is easy to say that knowing these few simple life regimens can change the perspective on life. However, how is it contrastive to football? Vick states that “playing against past teams has made [him] better because [they] play in a tough region with very talented players. So teams like north Oconee, Jefferson, and Flowery Branch have made [him] improve and [his] team improve. While also learning by rote each time Vick plays, he is also simply “looking forward to Friday nights.” As are we.

If you want to see Vick Hajdu in live action then you should come to the Madison County versus Elbert game here at MCHS on Friday, September 26 at 7:30 p.m.