The Red and Grey • August 17, 2022 • https://mchsredandgrey.com/1369/entertainment/review-the-perks-of-being-a-wallflower-by-stephen-chbosky/

Review: The Perks Of Being A Wallflower by Stephen Chbosky 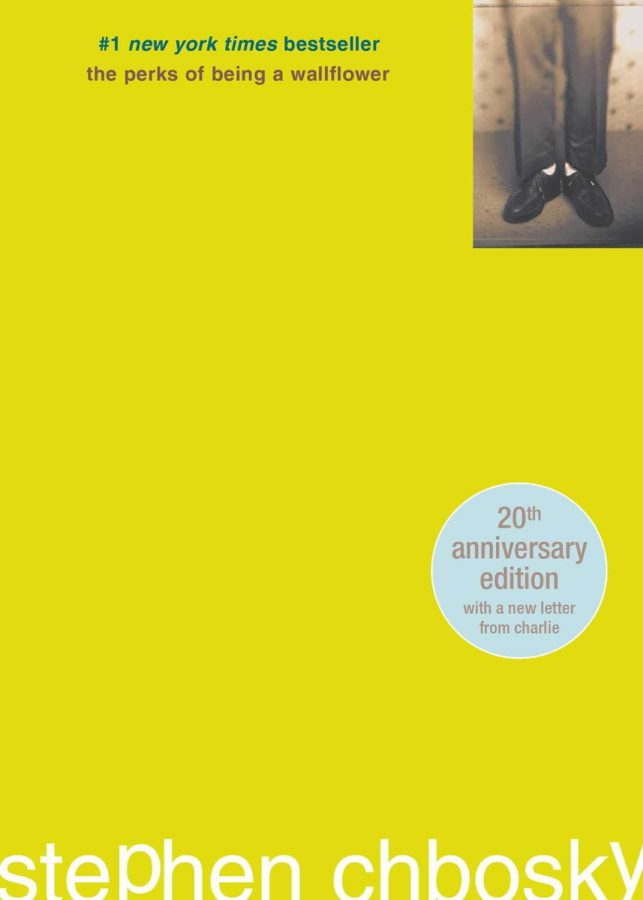 Summary: The main protagonist of this story is a kid named Charlie. The book’s plot is slowly revealed from a series of letters that Charlie writes to an unnamed friend. Each letter begins with “Dear friend,” and ends with “Love always, Charlie.” We as readers never really get to figure out whom he is writing to, but it is highly expected that we are the “friend” he is talking to. As you read the story, you will slowly be able to get an image of how Charlie’s mindset is, and his ideals. (There are mature & triggering themes)

Young adult/adult fiction has always interested me. Whether it was because it gave a more realistic point of view on life or just because it was a different form of literature, I remember instantly being attracted to the stories of young teens growing up and having to fight against ongoing problems in their life. Funny enough I was introduced to it in 2019 in my advanced literature class. I remember going into my teacher’s class and grabbing a book. The Perks Of Being A Wallflower by Stephen Chobosky. The title – I admit – sounded weird to me. What was a “Wallflower”? But instantly when I opened the book, I was blown away by the writing style. I never encountered a story where they didn’t write in paragraphs, I read stories where it was written in a lyric format, but that was the only other style I encountered. But seeing a small yellow book – plain on the outside – but beautiful and unique on the inside was surprising. Instead of being written in paragraphs, surprisingly, it was written in letters. Through every single chapter, there were letters directed toward a friend: someone who wouldn’t or couldn’t answer, and I found that interesting. So, ironically, I accidentally stole the book from my 8th-grade teacher.

Although the location is not mentioned, the Fort Pitt Tunnel and the Pittsburgh Steelers (a professional football team) are enough to suggest that the story may be set in Pittsburgh, Pennsylvania, in the early 1990s. Chbosky does a great job, in my opinion, of situating the book from a realistic perspective. The story is set up to be about a young teen who lacks social skills entering a situation where following or joining a crowd is the only way to survive.

One of my favorite aspects I like about this novel is the characters. Characters such as Patrick, Charlie, Sam, and even minor characters like Bob, or even Charlie’s sister whom he does not call by name. (Which I find weird because he says his brother’s name once or twice.) all very interesting and unique, as if they were all shaped differently and molded differently.

Charlie describes himself as a timid kid who wants friends but does not know how to get them. He is aware of his awkward nature and his flaws, but he lacks the skills to correct them. He is fully aware of everyone’s concern for him. Every letter Charlie writes to his friend is filled with feelings he sadly is unable to share with those closest to him. He unconsciously bottles up his emotions even though he constantly says he is an emotional child. To be completely honest, his personality worries me, as I was reading this story, I was afraid he might do something to himself or someone else. And as I continued it, that feeling never went away – yes he was having fun, yes he was laughing, but I could never describe that as true happiness, as much as I loved to see him smile, I hated it as well. I could not stand how heartbreaking it was to see an innocent teen get involved in dangerous situations. Nonetheless, as a reader, we have to see it.

I earlier mentioned one of my favorite parts about Chbosky’s The Perks Of Being A Wallflower were the characters themselves, and for a long time that was true, but as I continued to read (and read the book again and again), I realized that it was not just the characters that made this novel amazing, nor was it the setting, or the writing style. (Even though it made it unique). To me, it was the relationships between characters. For example, Charlie and Bill’s relationship – started as a teacher and student relationship, but as time goes on, Charlie admits Bill was his first friend other than Michael. But the main relationship that shone throughout the story, was, of course, Charlie, Patrick, and Sam’s. Charlie meets these two after going to a football game that Bill tells him to go to, and because of this, he runs into Patrick (Whom he called “Nothing” because he did not know his real name at the time) and Sam, getting out of his comfort zone, he decided to go over to the two, and surprisingly they told him to have a seat, in which he did. Throughout the story, you have the pleasure of seeing how these three grow up in the short amount of time they have left together.

“And at that moment, I swear we were infinite.” I can still picture myself reading this short line again and again. Infinite. The way Charlie said that word filled me with an emotion I cannot quite put my finger on. Infinite. I can still clearly recall how I felt when I first read that, and I could not help but feel for Charlie, his friends, and whatever he was going through. He cannot help but keep bringing up those words after he speaks them, and I could not help it either. That was the story’s climax in my opinion; it was the only instance in which I felt that everyone was happy without having to pretend to be so. But, just like any climax, it reached the top, then came tumbling back down. After Charlie’s “Infinite” feeling, his life once again came crashing back down, and once again, we as readers can not do anything about it. That’s another thing about this novel. We are constantly reminded that we are nothing but the reader, as such, we cannot do anything. We cannot help Charlie, be there for Patrick, or pick up Sam when she’s down, it is impossible for us to be able to do that. At the end of the day, it is still fiction, but that does not mean it is a bad book. If anything, I feel like that is what makes this book stand out. We are powerless in Charlie’s situation, we can only sit back and read like he is telling us to, and as much as that hurts, it is still the only thing we can do for 213 pages.

I truly do recommend this book. It took me by surprise in many ways. As I said, I am a long-going fan of young adult/adult novels and this one was right up my alley. Or, for better use of an expression, really tug the heartstrings. This book by no means is a comedy. It is a heart-wrenching story of sex, drugs, and a boy who just wants to be normal. So if you’re a tragedy fan just like I am, I truly do recommend The Perks Of Being A Wallflower.

Where you can read it/buy it: