MCHS Soccer: Lady Raiders make it to the Elite Eight 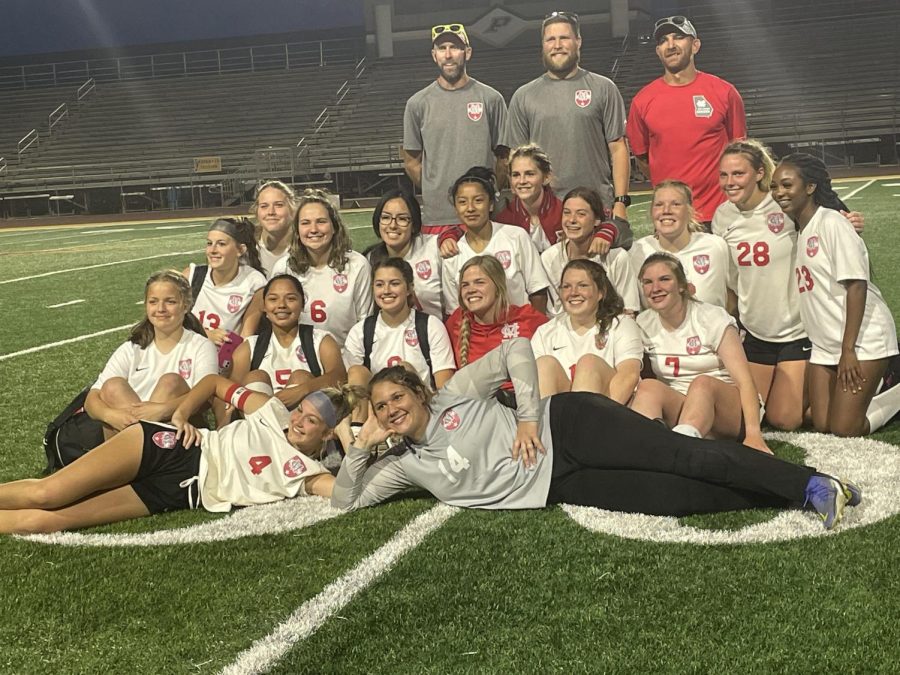 On April 20th 2022 Madison County women’s soccer team made school history by earning its spot in the elite eight against Perry High School.

By half-time, the girls were leading with a score of 1-0 scored by sophomore Olivia MuClure. The girls fought hard, never giving up even after Perry scored making the game 1-1. At the end of the eighty minutes the score remained 1-1, leading the ladies into overtime.

With the encouraging words from their coaches the girls headed into over with nothing but winning on their mind. In the first ten minutes overtime, Emma Chason scored making the game 2-1 and putting all the momentum in the favor of the Lady Raiders.

In the second round of overtime, Emma Chason scored another goal securing their spot in the elite 8. This win for the Lady Raiders is huge. With this win, the girls have made history. Being the first MCHS girls soccer team to make it into the elite 8. The girls will head to Northwest Whitefeild to play for a spot in the final 4.