The Red and Grey • March 2, 2022 • https://mchsredandgrey.com/1197/opinion/transcendentalism-or-vandalism-is-graffiti-a-positive-act-of-expression-or-inconsiderate-damage-to-property/

Transcendentalism or vandalism? Is graffiti a positive act of expression or inconsiderate damage to property 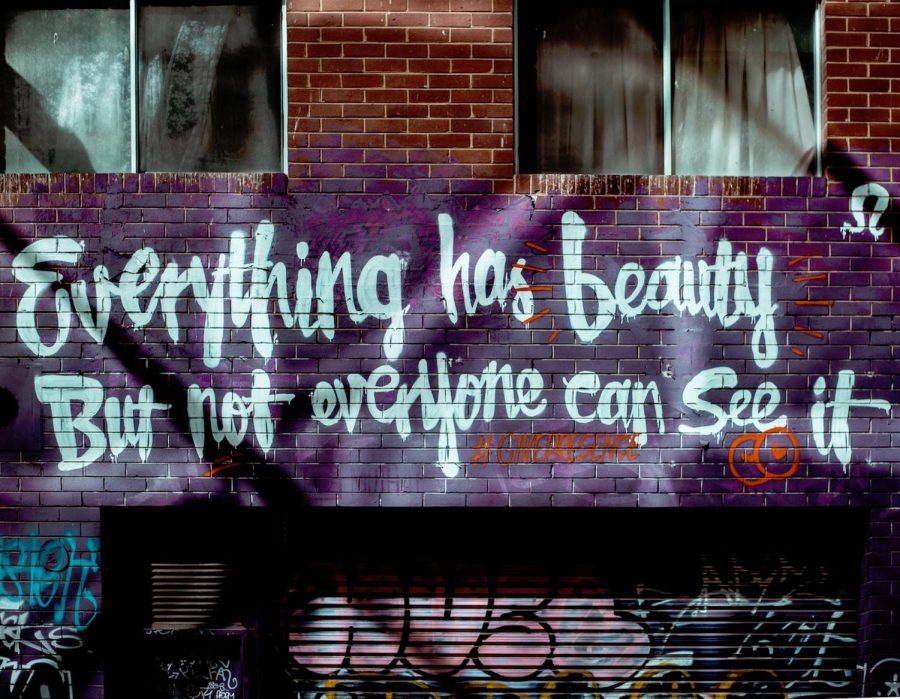 Imagine a school that promotes creativity, speaking up, and individuality. A school where you can emotionally and intellectually express yourself through art. It sounds so impossible, but it really is not. It does come with a cost, though. Would you risk giving up the entire thought process that graffiti is an illegal, disgusting violation of property just so students can properly express themselves in the way we best know- chaos and all over the place?

So, what exactly is graffiti? Well, graffiti is, according to the law, an illegal form of vandalism which is an act of destruction and/or damages to public/private property. But, let’s be real here. We have all seen some sort of graffiti in downtown Athens, and if you have ever been out of town to the mountains or the beach, you can clearly see the beauty in emotional expression and advocacy that graffiti has to offer us.

So, why is graffiti seen as such a heinous crime? Plenty of people feel as though it is “disgusting” and “uncivilized” to see random images of art on walls. Although some graffiti does bring damage to the paint and windows of buildings. But is that not the point of graffiti art? To destroy dystopian buildings that block us out from our true surroundings and emotions of this unstructured, yet structured societal value?

Through art we can express emotions, we have all seen them. Graffiti, in the past few years, has been used to advocate for social issues, universal emotional issues, political issues, and cultural issues. The George Floyd murals and other Black Lives Matter murals advocate for the emotional distress that police brutality and years of social injustice have brought to many communities.

When you are walking around downtown Athens and see the graffiti art, how do you feel? The uplifting messages and the murals put a spotlight on hidden figures that built Athens- how do they make you feel? Usually, when we see good being done, we immediately feel good as well.

So, why is graffiti important for teens? It sounds so crazy and impossible, but graffiti can actually uplift other students. The future of our country is in the younger generations’ hands. So why are we not helping them a little bit on their ways to greatness? Imagine how allowing students to express their creativity and emotions all in one can help them to become better at understanding others, be more empathetic, more inclusive. Now, imagine those empathetic, inclusive, and understanding people being your future doctor or your future children’s teacher.

A world full of people who are actually caring for others is next to impossible, we should know this by now. But allowing students to express themselves somewhere public, yet also private and their own space- like the bathrooms- can actually benefit them? Seeing that someone has drawn an uplifting message about something one might have thought only they went through. Or just seeing a beautiful image of a butterfly growing its wings- like we do when we grow up physically and mentally. Both of these examples are just minor things that can bring younger kids together.

Although it seems so weird to say that bathroom graffiti can actually benefit a person, something small like an image of something that might represent a mental health issue can really make students feel not as alone as before. So, what is graffiti? Is it true transcendentalism, or is it complete vandalism?